We had our taxi arriving to Casa del Barrio at 5:30 (yes, a.m.) in order to fly to Puerto Escondido.

Vivi was already worried about flying on a 9 seater to Puerto Escondido, but when she saw the small aircraft, I heard her muttering “I wish I had a pill to swallow ….” It’s true!!! 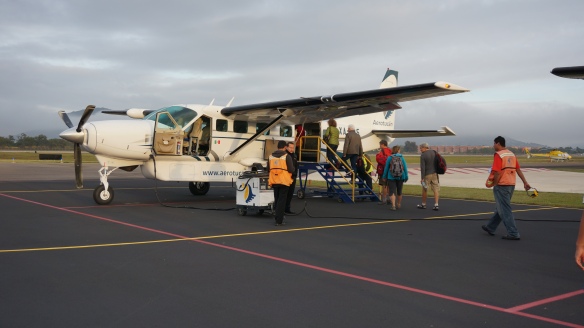 Really Wilson, I have to get on this plane???? Yes, Vivi, you do – otherwise we are going to be left behind and you don’t speak Spanish.

Honestly the flight was unbelievably smooth and quick – totally crazy for such a small plane. We were revving the engine, the Mexicans were crossing themselves, we were up, we flew across amazing mountain ranges, we were over the ocean, we were down. 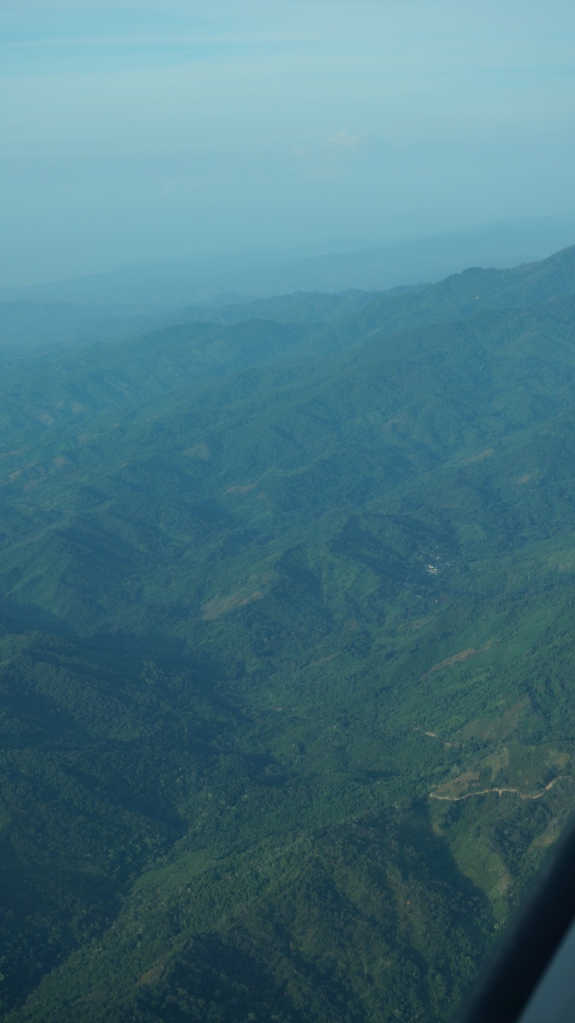 View from the plane window – it would have taken us a minimum of 6 hours to make this drive …..up up up, curve curve curve …. urch … donkey in road …..the occasional village ….. 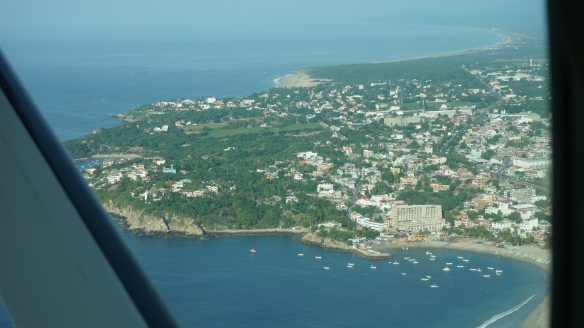 So – we are in San Augustinillo, and you are not likely to hear much more …. 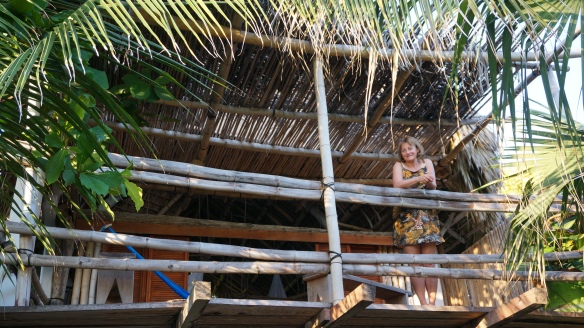 It is actually hard to get Vivian and Wilson out of their treehouse …. 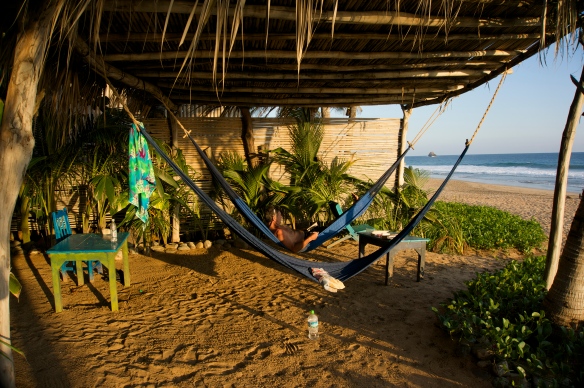 hammocks in front of our cabana, surf for boogie boarding right in front … (we watch – Grant boogie boards) life is pretty darn good

Oh yeah, and we eat …. never as amazing as inland, but the food on the beach is never too bad. 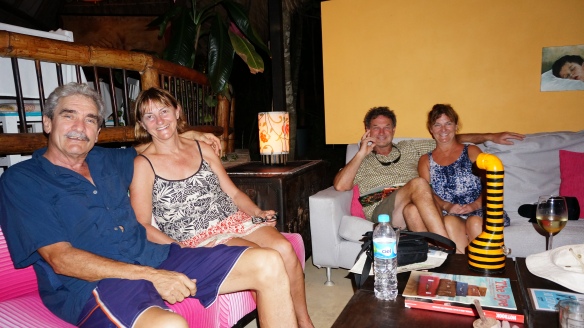 The waiting lounge at La Providencia in Zipolite – comfy place to sit with your drink until dinner is ready. 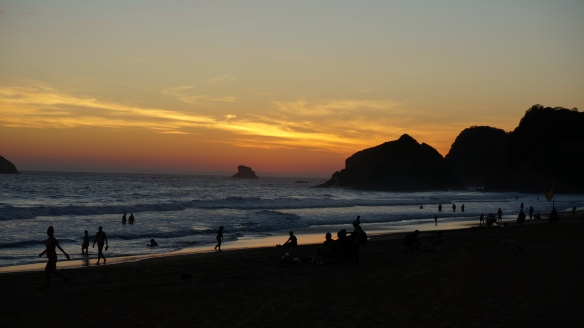 The beach at Zipolite – just as the sun dropped over the horizon.